While the troops were conducting combat clearing operation at vicinity Brgy Nabundas encountered more or less 15 fully armed men of BIFF under Zainuddin Kiaro, Noel Ganoy and Muslimin Amilil that resulted to the recovery of one M16, one M14, one M79, two IEDs, and assorted magazines and ammunitions. 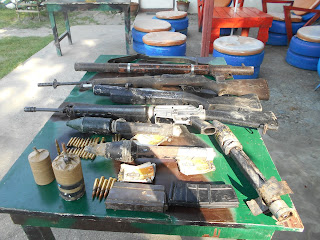 Another minor victim of NPA recruitment dies in Misamis Oriental

NPA Terrorists surrender in Sarangani with their firearms

Kalinaw News - November 25, 2018 0
Dispirited NPA Terrorists mooching in the areas of South Cotabato and Sarangani Provinces surrendered after a series of focused military and police operations to...

High-Ranking CTG Official and 3 Others, Slain in Sorsogon Armed Clash